Rustic Ciabatta: Our Daily Bread from the Eighties

Bread might be one of the oldest foods created by humans, but people will always invent new varieties, especially the French or Italians. It is the case of rustic Italian ciabatta, our daily loaf from the eighties, which at nearly fifty is one of the youngest assortments of bread that found worldwide fame in just a few years from being invented.

How has the delicious slipper-shaped bread with a smooth, crisp crust and porous, slightly humid interior come to be? It seems we owe it to the Italian rally pilot turned miller, Arnaldo Cavallari. The man experimented with flours until he obtained a 70% wet dough he shaped like a slipper before baking it (hence the name; la ciabatta in Italian translates as slipper).

The story happened in 1982 in the quaint and colourful city of Adria, not far from Venice, on the Adriatic coast. A year later, Cavallary patented the name. In 1985, ciabatta became famous in Britain, and by 1987 it was already mass-produced in the USA.

You can find a quick history of this beautiful and tasty bread here.

Before the eighties ended, ciabatta was already a much-appreciated worldwide bread, used mainly for sandwiches (panini in Italian).

To make the perfect rustic ciabatta bread, you will have to follow a few steps. Firstly, know that it needs time to rise, so it is better to prepare the biga (pre-dough) the night before. Also, while making the final dough, you will have to allow it to rest and rise again for a much shorter period this time.

Secondly, because it is a wet dough, it might be sticky. If you use an electric kneader, it will do all the work for you. If not, I recommend using a pair of scrapers (you will have to flour them frequently so that the dough does not stick).

You need to make two types of dough for a perfect Italian Ciabatta: a mother dough (or a pre-dough, called biga in Italian) and a wet dough.

For the pre-dough (biga)

Mix the ingredients gently in a bowl until smooth, cover with clingfilm and let it rise for about twelve hours (preferably overnight) at room temperature (approx. 18-20°C)

For the wet dough

Yeast (either fresh or dried active)

Dissolve the yeast in water and pour it over the pre-dough. Mix gently, then add half of the flour quantity and mix again. This dough will be very sticky. It needs to rise – cover the bowl with a tea towel, and rest for two hours. When raised, you will notice lots of tiny air pockets, which you should not break.

When the two hours are up, add salt and oil to the dough and mix it. Add the remaining quantity of flour and knead until smooth. Because the dough is humid and elastic, you can pull, fold and repeat a few times. When you’re done, cover again with a tea towel and let it rest for another hour.

When the resting hour is up, you can shape your bread. This quantity of dough is enough for two loaves.

Before you start, make sure that you spread enough flour on the working table.

If you have scrapers, now is an excellent time to use them; if not, your hands will do. Just flour them generously.

Split the dough into two even parts, give them a cylindrical shape and roll each of them in flour. Do not mix again, as added flour will change the consistency, and you still want a wet dough.

Pull from the edges until you obtain the slipper form. The thickness should be around 5-6 cm. Do not press down (it will deflate and ruin all those hours of raising!). Elongate the dough until you get the size you want.

If you decided to use Ciabatta for panini, divide the dough into smaller parts. From this quantity, you should obtain about 10-12 pieces.

Put a sheet of greasy baking paper on a tray and place the bread on it, leaving about 10 cm between the two larger pieces (about 3-4 cm for the panini). Allow rising for another 45 minutes.

Bake the Ciabatta for about 30-40 minutes until the crust is golden in colour. Allow cooling before you prepare your sandwiches or bruschette.

If you have a bread maker that makes artisan bread, you can make ciabatta by following the steps and respecting the quantities in the recipe provided in the machine’s booklet. The bread will not have the slipper shape as the hand made one, but it will still be tasty.

My favourite way to enjoy Italian Ciabatta bread is by spreading quality extra virgin olive oil on a thick slice. Heavenly! What is yours? 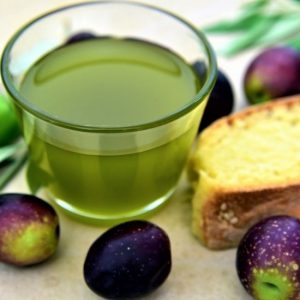 For the pre-dough (biga)

for the wet dough

Ciabatta bread has to cool completely before cutting or preparing sandwiches.  Store in breadbin for 2-3 days or wrap in clingfilm and freeze for a maximum of three months. Defrost naturally, at room temperature before use.
Keyword artisan bread recipe, Italian Ciabatta bread, panini bread, rustic bread

I hope you enjoyed reading this Italian Ciabatta bread recipe. Please share the love by saving a pin to your baking boards; it helps this blog grow and motivates me to write more for your enjoyment! Thank you!

Italian Ciabatta: Our Daily Bread from the Eighties